Join us for an entire day of Special RenderMan Presentations from a wide range of speakers, including the upcoming release, version 25. Come learn about the major new developments in Pixar's core rendering technology, RenderMan. 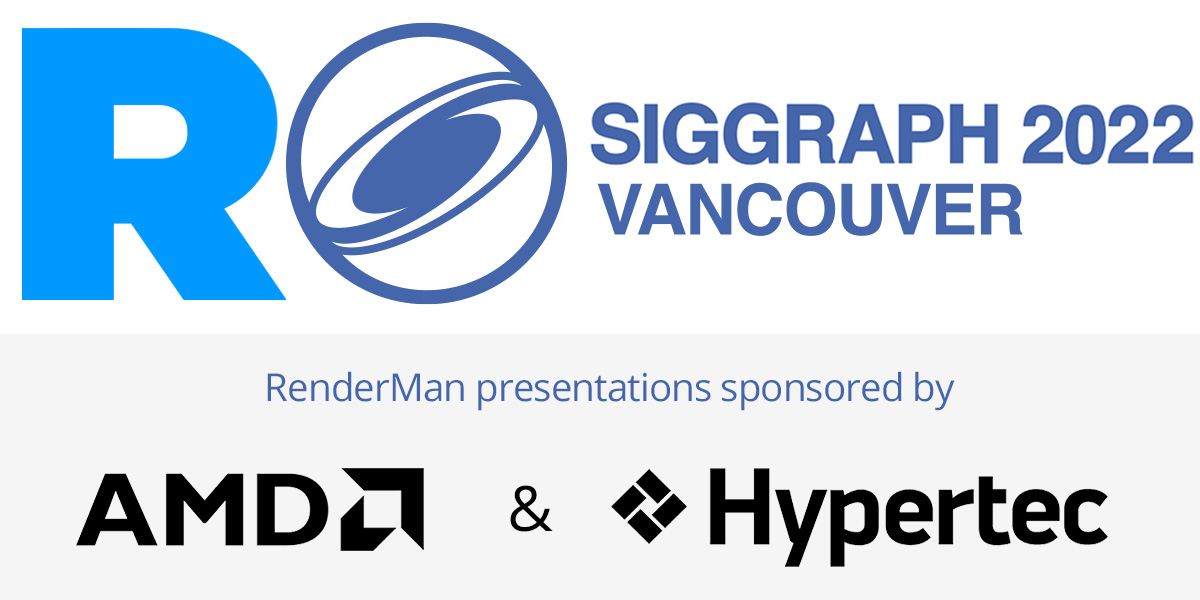 In this workshop Fabio will showcase his collaboration on a creative piece with Intel, which features his well-known material wizardry, including creatures made entirely of volumes. Learn how one talented artist can use RenderMan to unleash his creativity with state-of-the-art technology. Fabio will break down material creation and advanced lighting techniques. Learn how interactive rendering with today’s advanced hardware and software allowed Fabio, working as a single artist, to produce complex imagery that would have been impossible for him just years ago.

Pixar’s most recent animated features, Lightyear, Turning Red, and Luca all relied on RenderMan – from shading, to lighting, to rendering. With tools used on Pixar’s own feature films, the latest version of RenderMan 25 delivers powerful new workflows including a next-generation GPU accelerated renderer called XPU, a layered shading system from ILM, and a new interactive approach to NPR (non-photorealistic rendering) called Stylized Looks.

These new technologies can broaden the horizons of creative expression … but in ways that are not immediately obvious. As artists, how do we discover the potential of new tech? In this talk, Dylan will share his own R&D exploration of RenderMan's Stylized Looks toolset that has brought his interests in illustration, VR sculpting, and physically based rendering all together, with the Canadian premiere of the new stylized short, “Teapot Meets Potzilla.” 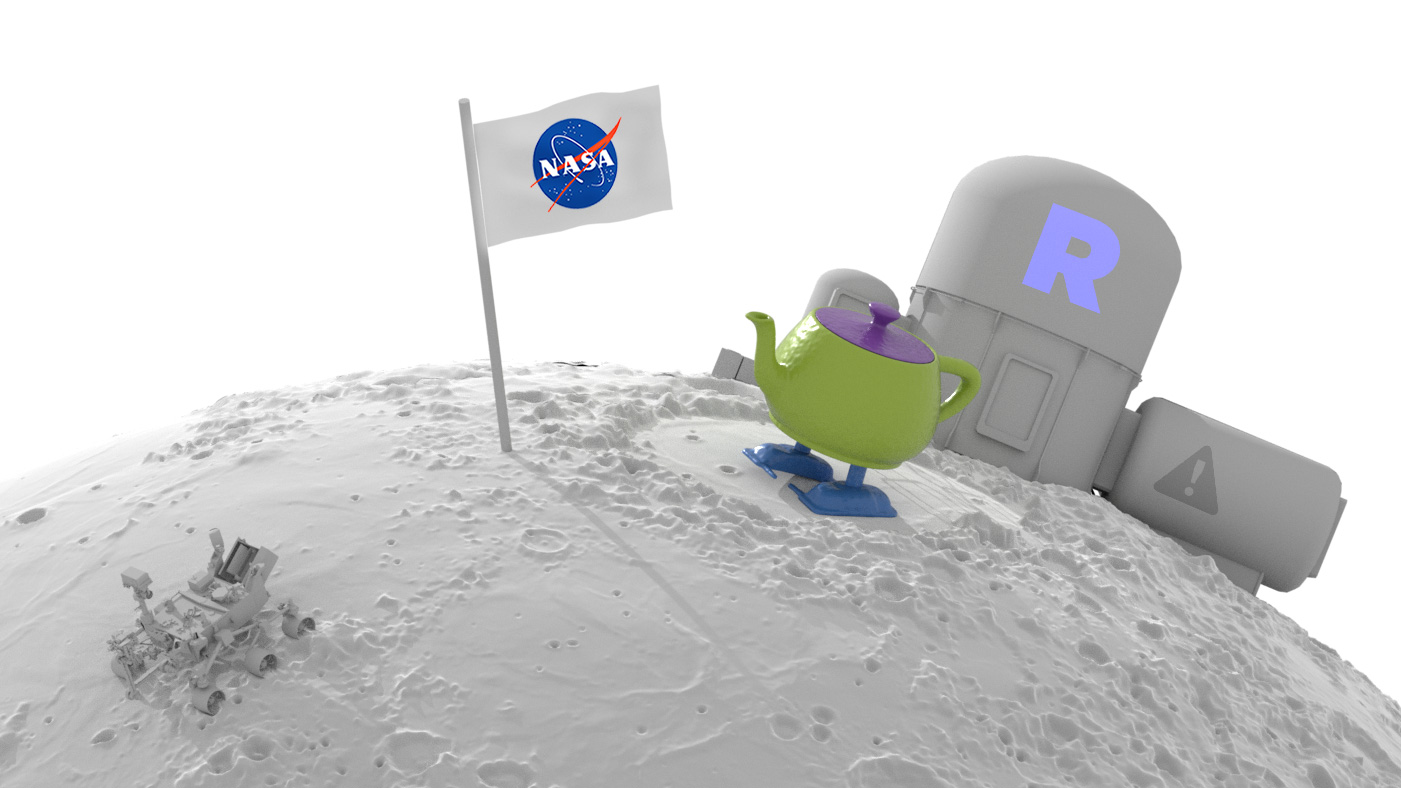 Come and see the launch of the ninth RenderMan Challenge … and we have NASA on board!

NASA explores the unknown, innovates for the benefit of humanity, and inspires the world through discovery. NASA also creates complex scientific visualizations to better understand our universe, and they use Pixar’s RenderMan to achieve it. In our ninth Art Challenge, we’re honored to be collaborating with NASA in order to provide scientifically accurate assets, including models of Earth, the Moon, and the cosmos. Prepare to take your creativity to Infinity and Beyond!

We have a number of great sponsors for this challenge including: NASA, Hypertec, AMD, NVIDIA, and more. For this challenge the winner will receive a powerful workstation from Hypertec, featuring hardware from AMD and NVIDIA … and much more!

This panel, hosted by Oliver Meiseberg, VP of RenderMan, will dive into the details of the 25 release with the developers who created it. Topics will cover the entire release, including updates to XPU, and major new features, like the AI Denoiser, Lama improvements, and more. Then hear about the roadmap ahead, during this one-of-a-kind panel. Expect a lively Q&A … so bring your questions and wishlist for the future of RenderMan.

Stylized Looks | From Linework to Pixar & Beyond!

This talk will present recent artistic explorations, future directions, and production applications of RenderMan Stylized Looks … with an all-star cast from Pixar.

Dylan Sisson will share his latest R&D explorations in stylization, including the Canadian Premiere of the new animated short, “Teapot Meets Potzilla.”

Christos Obretenov, lead developer of RenderMan Stylized Looks, will reveal future plans for this technology, including upcoming integration with RenderMan XPU and the implementation of stylized techniques for brush strokes.

Francisco De La Torre will show his work with Stylized Looks for the upcoming Disney+ series Cars on the Road, featuring treatments inspired by Disney’s Dumbo, and describe how this production resulted in several technical improvements to the Stylized Looks system.

RenderMan Stylized Looks helps deliver a toolset for creating a broad range of looks from photorealism to illustration, anime, etc … and is available in Blender, Houdini, Katana, and Maya.

In this workshop, get a behind the scenes look at “Lucy” a new Co-Op production from Pixar, created by Pixar employees on their own time. Leif Pedersen will break down how RenderMan was rolled out on this short, focusing on the challenges and benefits it provided to the production. From look development and lighting, to the logistics of asset management, learn how a small team successfully harnessed the power of RenderMan to deliver stunning visuals for this delightfully spooky short.

Our RenderMan team will be in Vancouver all week.
If you'd like to arrange a meeting please contact us. 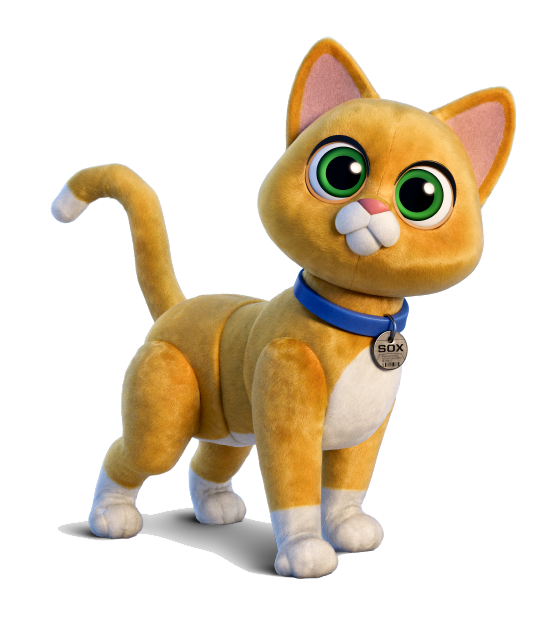