Lumatic is an award winning animation studio from Germany co-founded by Tomer Eshed and Dennis Rettkowski, who also creatively lead the studio. Their RenderMan pipeline has been the rendering and scheduling backbone for over a decade and recent pipeline updates have allowed them to extend their passion for character animation and scale to the complexity needed for Feature Animation and VFX with shows such as Dragon Rider and School of Magical Animals. 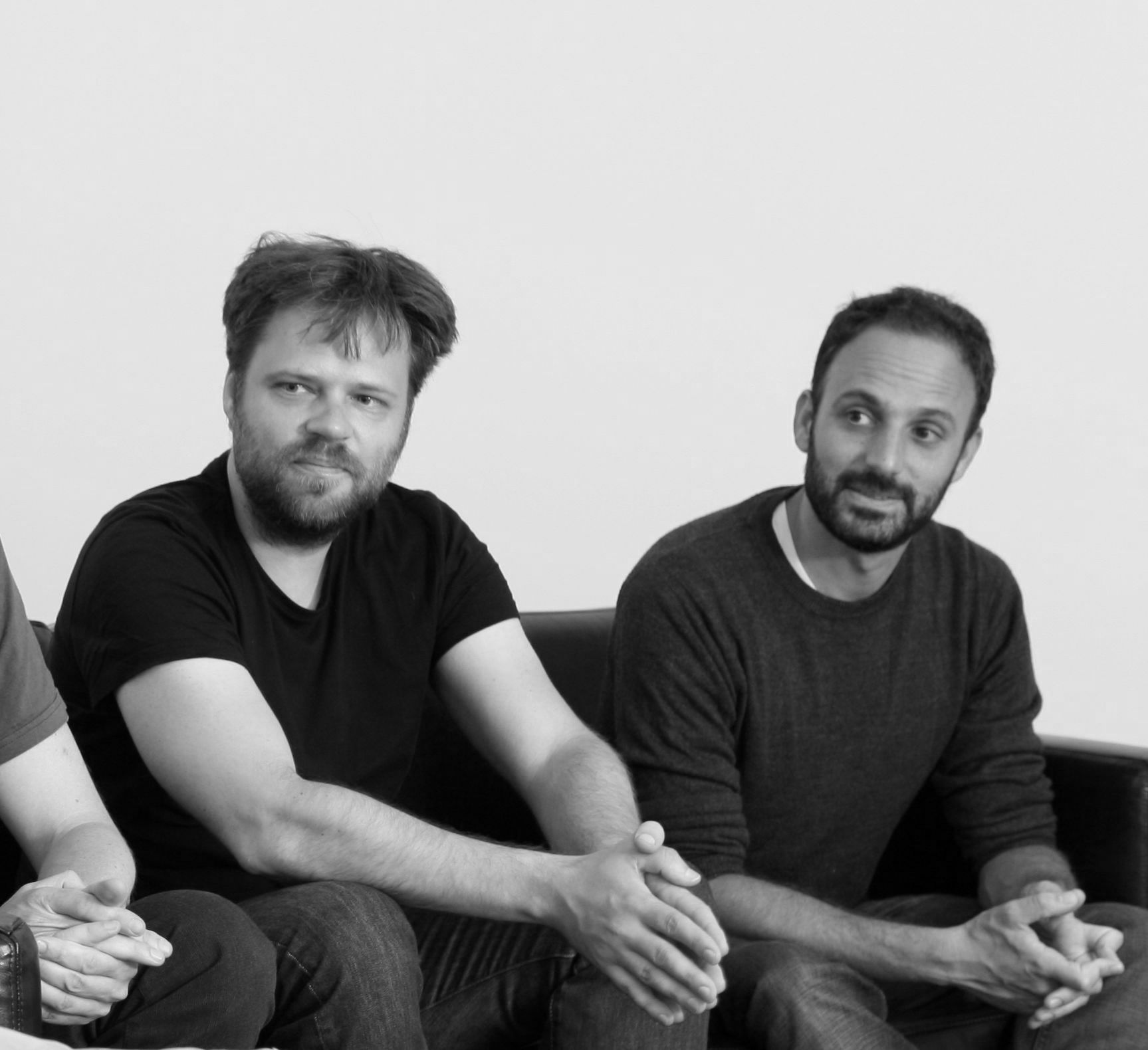 For School of Magical Animals, Lumatic was very involved during the entire creative process, which allowed them to set proper expectations for the work. “It was very helpful to tackle potential issues early on in the pre-production process,” said co-founder and Animation Director, Tomer Eshed. “When you are your own client, it’s good and bad, because you can get extra ambitious with shots, but ultimately it’s important to stay on budget and meet client expectations,” added Tomer.

Their Maya, Houdini, and RenderMan pipeline allowed Lumatic to deliver over 400 shots. “The first show we delivered was mostly design and animation, but now we’ve expanded to a full VFX pipeline,” said co-founder and VFX Supervisor, Dennis Rettkowski. “We model and rig in Maya, do all of our simulations in Houdini, including fur, water, and many other visual effects. We also do all of our lighting in Houdini and because we’re a small studio, we rely a lot on denoising,” Dennis added.

“The combination of RenderMan and Tractor’s reliability has dramatically improved client feedback and expectations.”

Lumatic’s entire pipeline is completely wrangled through Tractor, RenderMan’s job manager and distributor. “We do everything through Tractor. It starts very early in the pipeline, from tweaking film plates, to generating geometry caches, all the way to compositing in Nuke,” said Dennis. “Ultimately, automating jobs makes sure we’re as efficient as possible by distributing resources to all of our departments,” he added. “We used to outsource some of these tasks in previous shows, but we’ve been able to control our workflow much better after keeping everything under one roof. The combination of RenderMan and Tractor’s reliability has dramatically improved client feedback and expectations,” added Tomer Eshed.

School of Magical Animals is full of fun characters, each with their own set of challenges, including fur, interactions with actors, and much more. “The chameleon is such a funky animal, full of many interesting features, so it was a fun challenge,” said CG Supervisor, Dennis Rettkowski. “We were able to use motion vectors from the shot to reproject the plate onto the character and we also leveraged RenderMan shader primvars in Houdini for some interesting material tricks. To finish things off, we used some Nuke magic to finalize the disappearing effect,” he added.

The Chameleon's invisibility was a fun problem to solve

Lumatic has also been using XPU, RenderMan’s new hybrid CPU + GPU renderer, which will eventually replace RenderMan’s current architecture. “We use XPU for the early stages of look development to speed up our workflow,” said Dennis. “Using computing resources is not just about speed though, as energy costs of CPUs and GPUs can be very different, so it’s great that XPU allows us to allocate energy costs responsibly in different stages of the pipeline,” he added. 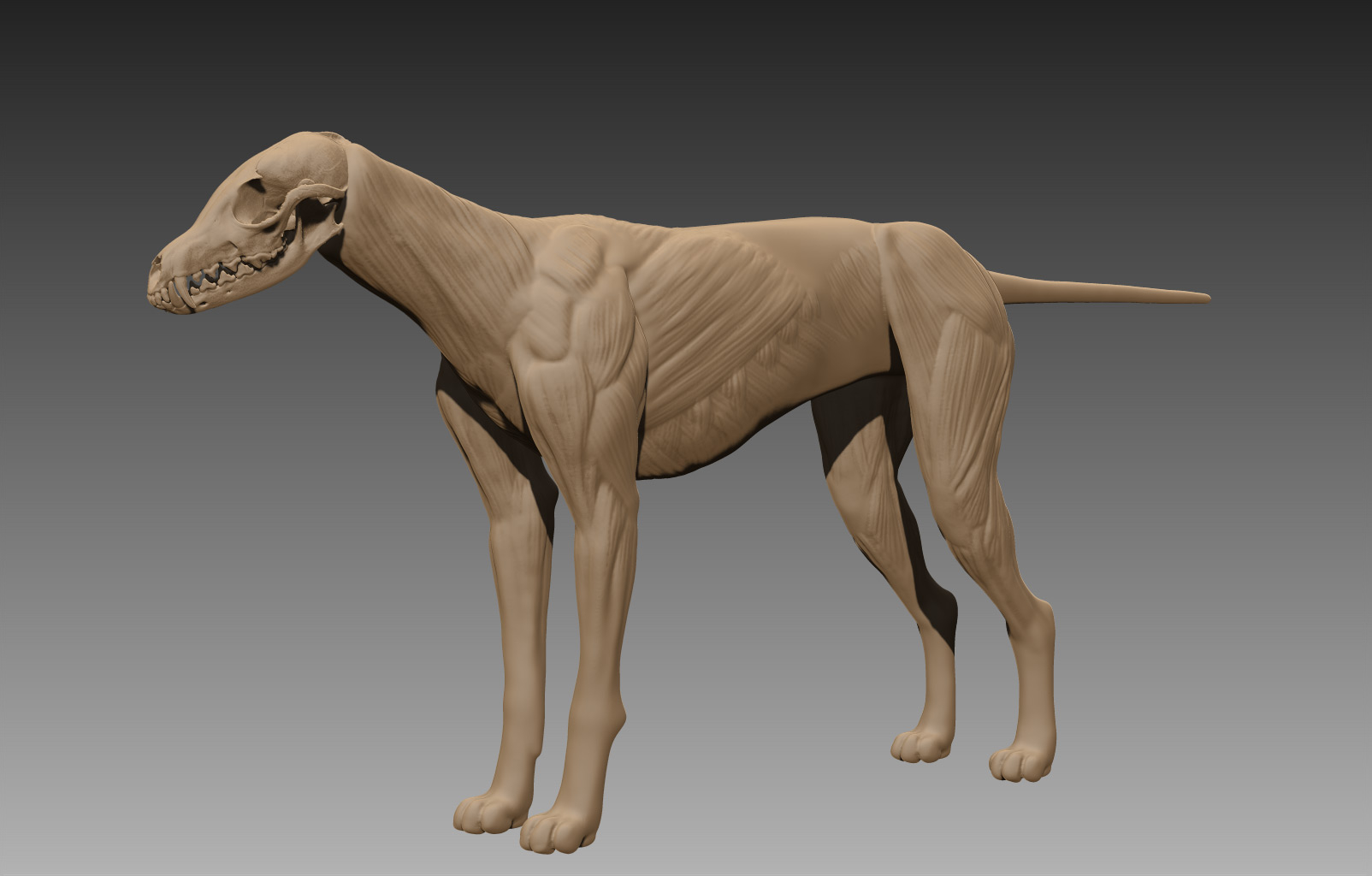 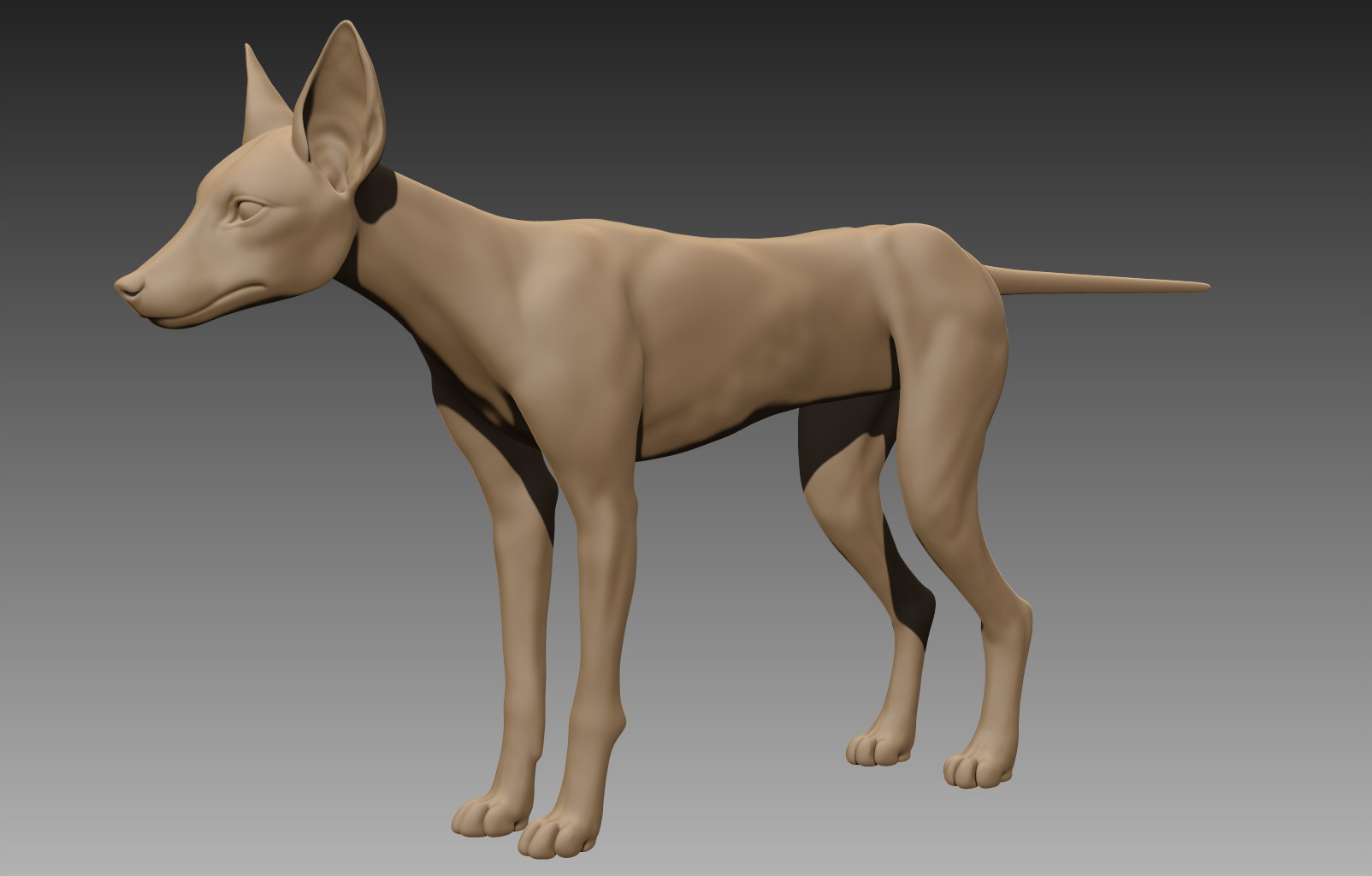 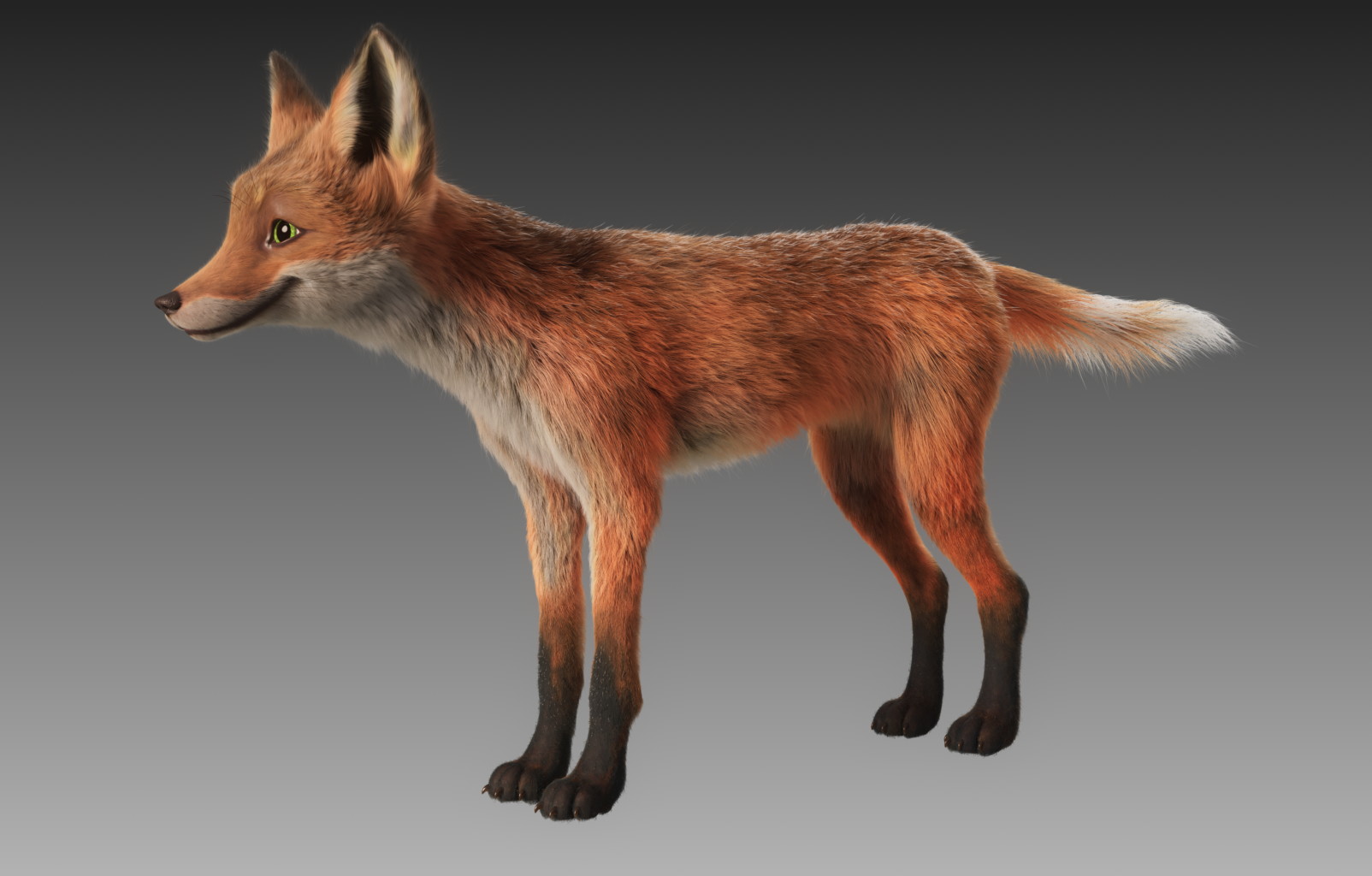 Using Houdini and RenderMan has allowed them to transform their lighting pipeline and get an interesting physical plausibility with the cartoon aesthetic. “It’s cartoon film language, but it has to match with the flow of the movie,” said Tomer Eshed.

“We were really proud of our lighting pipeline. Besides using traditional chrome and diffuse spheres on set, we also used plenty of references shot with the actual camera used to shoot the sequences. For shots with animated characters moving through different lighting conditions, we shot 5 or more HDRI chrome spheres in order to have the most accurate lighting possible,” said Dennis Rettkowski.

Did you know RenderMan has an unofficial Discord server where you can chat with developers and users?

“RenderMan was really great at handling this multi HDRI workflow, which really speaks to the reliability of the Importance Sampling,” added Dennis. As a counterpoint, Importance Sampling was “too” smart for some shots with extreme light brightness, which sometimes under sampled lights with lower brightness. “RenderMan’s flexibility allowed us to change the importance in each light so that they were sampled properly,” he added.

Because the creatures are not in the shot in real life…spoiler! Lumatic also added a lot of creative rim lighting to match the actors in the shot. “We relied a lot on LPEs, also called render passes, to give the compositing artists control in post,” said Dennis Rettkowski. “Rim lights can be tricky to calibrate due to hair or subsurface getting blown out, so it was nice to have this control in post,” he added.

To extend the traditional holdout compositing process for live action, Lumatic created custom LPEs (light path expressions) to improve the fidelity of the sampling in the shadow areas. “The variance metrics don’t favor areas of low light, typical in heavy shadow areas, so we rerouted the holdout information back into the main rgb channels. This allowed the renderer to give these areas more samples and integrate with the footage better,” said Dennis.

Complex interactions with fur are a challenge

For the future, Lumatic is also looking to expand their pipeline with Pixar’s USD and develop more IP. “I’d love to do another short, they’re a good way to explore new worlds quickly in a market full of long films. It’s challenging to develop original content, but short films are a wonderful medium to express new ideas while minimizing cost,” said Dennis. Developing shorts is also a great way to try new technology stacks and make sure they transition nicely into the pipeline. “We’re also looking into deploying Pixar’s USD. Its flexibility hasn’t really aligned with our complexity right now, but it’s something we’re really interested in exploring as we tackle more complexity in the future,” he concluded.