SPINVFX is a renowned visual effects company with over 30 years of experience producing some of the most memorable and recognizable franchises in the world, including Stranger Things (Netflix) Game of Thrones (HBO) John Wick (Thunder Road Pictures / Summit Entertainment) and going all the way back to sci-fi classics such as Stargate SG-1 (MGM Worldwide Television).

Running a successful visual effects studio for 30 years is no easy feat. “We have a great team of very collaborative artists here at SpinVFX. We try and foster a dynamic work environment where artists are encouraged to contribute creatively while working closely with the rest of the team. I think it is the collaborative culture that keeps us pushing the boundaries,” said Colin Davies, CTO at SpinVFX.

The pandemic has affected the way people work worldwide, thankfully SpinVFX was in a position to transition to work-from-home as Colin explains. “Luckily the transition to remote work was relatively easy for us. In about a week and a half we had over 250 people in 2 locations working remotely. It’s a testament to our dedicated IT crew and the amazing organizational skills of our production teams that there was barely a blip.”

This flexibility is made in part thanks to their talented artists and technicians in multiple studio locations. “Our main studio is in Toronto but we have a satellite studio in Atlanta. We share all the same infrastructure and tool-set via a dedicated 10G line, so there's a common workflow no matter where you are,” explains Colin. “Atlanta has some great artists so having access to their talent has been great for us,” he added.

The first Spin show to use RenderMan came 7 years ago as they were looking for a robust and proven rendering solution that could deliver high quality photorealistic results and handle large data sets. “The first show I remember using RenderMan on was All Is Lost (2013) with Robert Redford,” said Colin Davies. “The film didn’t call for a lot of CG but there was a shot of the sailboat rolling over that we used it on.” 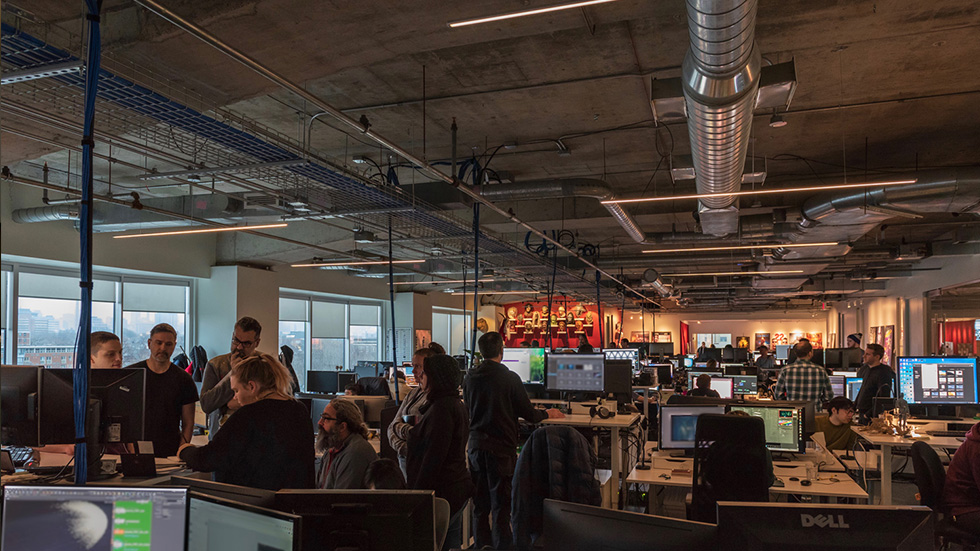 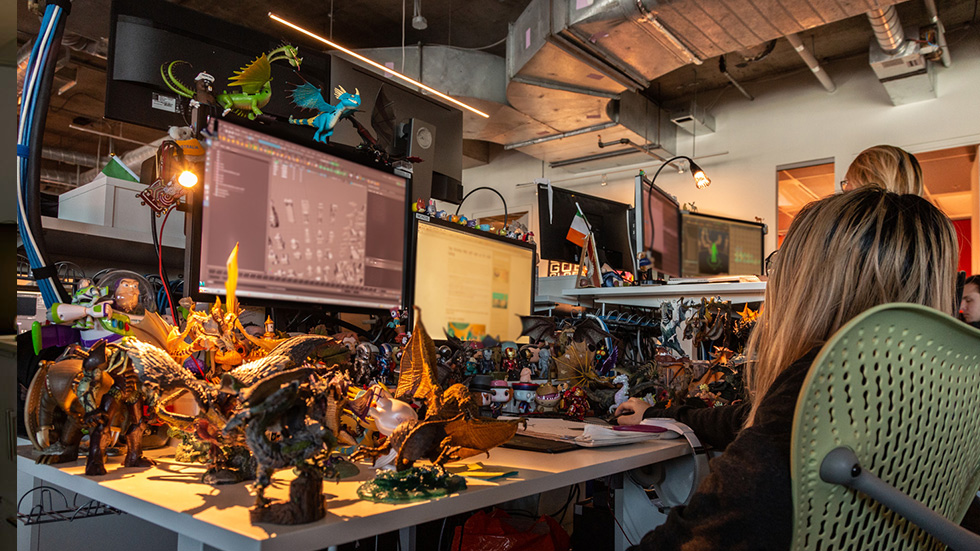 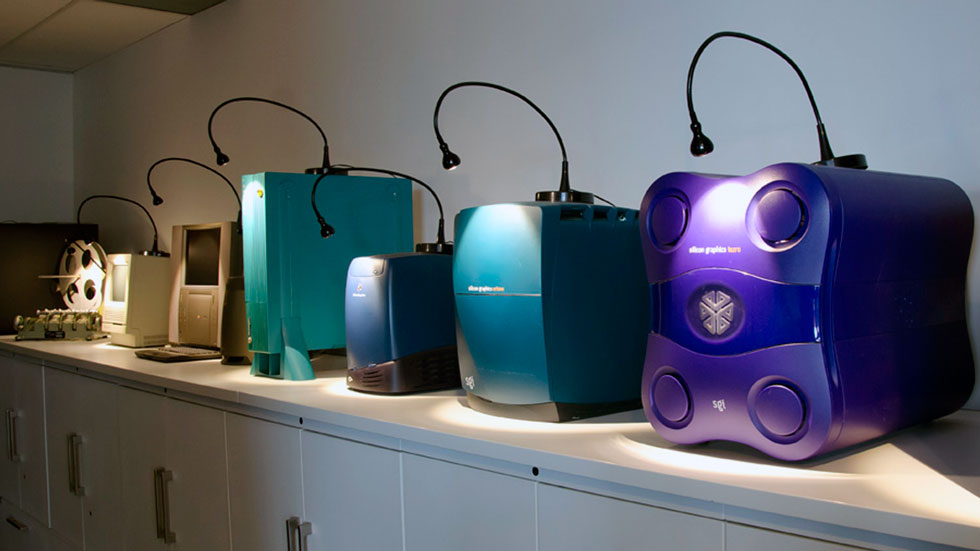 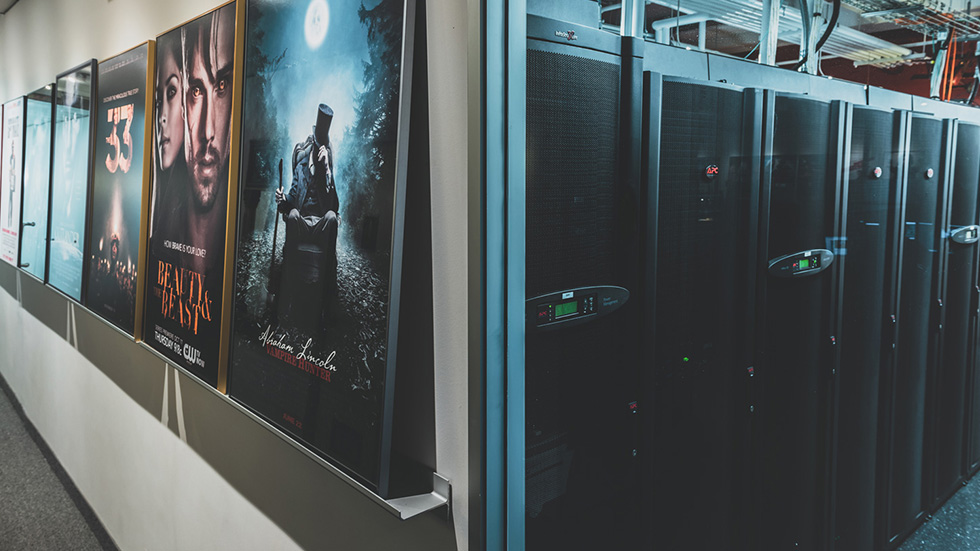 Today, Spin leverages RenderMan in a pipeline powered by Maya, Katana, and Houdini. “Pixar Surface Material is at the heart of the shading setup we use and I know the lighters like the control provided by the gobo light filter. We find that we are able to get the results we need using the out-of-the-box tools in 99% of cases and we are also looking forward to getting full out-of-the-box support for the Hydra RenderMan delegate in all of our primary DCC’s via USD,” explains Colin.

The team at Spin did some great shading work on a few amazing digital double shots in the most recent season of The Umbrella Academy (Netflix) and has seen their creative choices benefit from the new interactivity in RenderMan. “The speed is improving all the time, and that means quicker iterations and therefore better work,” said Colin.

Season 3 of the Freeform TV show Siren presented new challenges because they had to light mermaids underwater and out of water. The underwater scenes needed to be set at all times of day, so the Spin team took full advantage of RenderMan’s interactivity to quickly create sophisticated lighting on the series.

All these ambitious visual effects take a lot of rendering power. “We render locally through Tractor, but then burst into the cloud when need be,” says Colin. As far as optimizations go “I would say due to the nature of raytracing, managing memory is a big one for us, so we find RenderMan’s xml statistics system to be very useful for debugging problems.”

As a balance between innovation and speed is always a goal for our visual effects and animation industry, he shares his excitement for RenderMan’s upcoming hybrid CPU + GPU renderer, RenderMan XPU™. “I can’t wait to be able to really leverage the power of the modern GPU’s but be able to fallback to CPU when required. The future is GPU rendering but we need to get there without sacrificing scale, flexibility, and of course quality,” added Collin.

Present and future projects hold many wonderful creative challenges for SpinVFX. “We had an amazing two minute opening shot in the first episode of the second season of The Umbrella Academy (Netflix). It was a very complex stitch of several separate camera moves with a large chunk of CG environments and full digital characters. We worked on that one for months and it turned out great,” said Colin.

With the added challenges of working from home, creativity and innovation is more essential than ever at SpinVFX. “Some of our upcoming projects include season 5 of The Expanse (Amazon Prime), Man from Toronto (2021) and Cops and Robbers, which is an animated short that was recently acquired by Netflix for Oscars consideration,” added Colin Davies, CTO at SpinVFX.