The "Cabin" asset was modeled by Taylor Schulze and "Grandma's Armchair" was modeled by Alyssa Minko during their time in Pixar's Undergraduate Program, or PUP for short. Combined, this "Rustic Cabin" is also the official asset for RenderMan's fourth Art Challenge, so take it for a spin and make some great images! 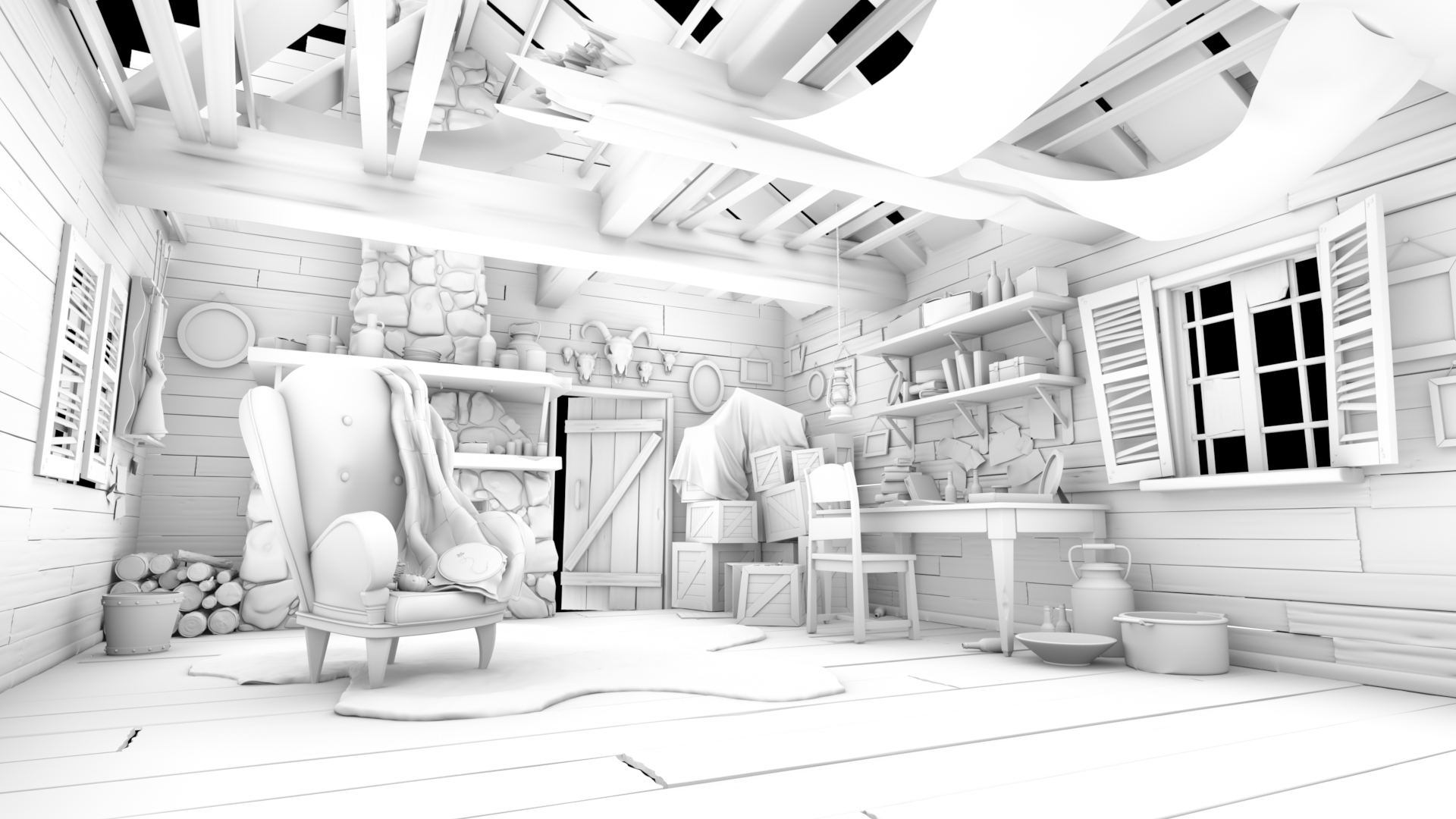 Since 2008, Pixar has invited a few promising undergraduate technical artists to intern at Pixar as part of the Pixar Technical Undergraduate Program, otherwise known as "PUP." These PUP interns, or "PUPs" spend the summer learning Pixar's pipeline, from people working in production, getting to know both the tools and philosophies Pixar uses to make animated feature films.

Applying to the Program

For those interested in joining the program, please visit the Pixar website and if you want to learn a little more about what it's like to be a PUP, check out this fun article on 2017 PUPs.

These assets are property of Pixar. By downloading the project files you agree to the terms of use as defined in the EULA for RenderMan Models.