The invisible VFX of PARASITE

Dexter Studios was established in 2011 in Seoul, South Korea, as a VFX house for Director Yong-Hwa Kim, and has recently received worldwide notoriety for delivering the visual effects for the Academy Award® winning film Parasite.

Originally, Dexter Studios specialized in furry characters, which at the time was difficult and required a sophisticated pipeline. Dexter succeeded and reached their goals with a lot of R&D and custom tools. Today, Dexter creates VFX for domestic and international films, and also develops, and produces projects with its own intellectual property, continuing to explore emerging technologies. “Recently, we have added resources in development and production for VR and AR and have started receiving a lot of attention after a successful launch,” said Joung Seock Hee, VFX Department Director at Dexter Studios.

“Our first RenderMan show was a comic book based feature-film called Mr.Go,” said Seock Hee. “The 2013 film is about a gorilla who signs with a professional baseball team and the biggest challenge was creating gorilla fur. “At the time, rendering fur was the most challenging part, and RenderMan had a proven track record of rendering photorealistic fur, so we made the decision to go with RenderMan,” Seock Hee continued. 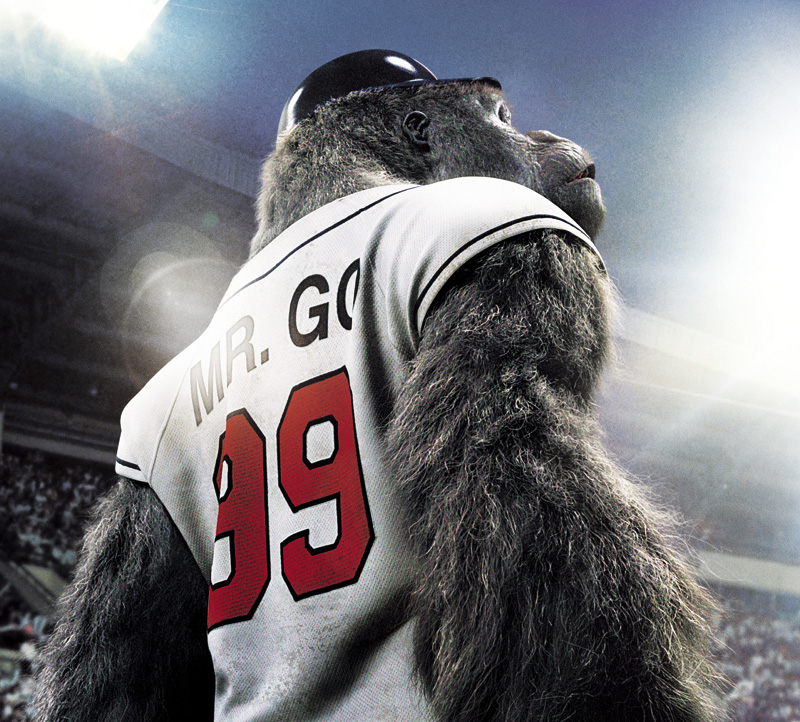 After many successful projects, Dexter had the opportunity to deliver the visual effects for Parasite, directed by Bong Joon-ho. “The movie itself was outstanding. When I first saw the finished movie in the crew screening, I thought this movie would be a great success. Personally, it was the first movie since the original Toy Story where I applauded in the theatre at the end of the movie,” said Seock Hee. “The movie was both critically and commercially successful and connected with people’s emotions, so we did expect a great outcome from European film festivals such as Canne or Berlin Film Festival but we never expected winning an Oscar. It has been an honor to have participated in Parasite,” continued Seock Hee.

Director Bong is very experienced in film technology and has a deep insight into VFX. “During pre-production, we provided the 3D model of the main house in a real time game engine which he took and used himself, taking snapshots and directing camera angles. During the film’s post-production, he would give us direction by drawing onto images to give context to his feedback, this made his direction very clear,” said Seock Hee.

Dexter’s pipeline is based on Pixar’s Universal Scene Description (USD). “We started the migration to a USD based pipeline two years ago from an Alembic based pipeline to simplify complex data management, this allowed us to streamline assets. We added many custom parameters to our new USD pipeline so that this migration would be as smooth as possible,” added Seock Hee.

Learn about Pixar's USD workflows in this insightful article

“We’ve also developed several pieces of internal software to deal with production complexities, notably our in-house tool Tane which is used for environment setups and Zenn, which is our pipeline solution for hair, fur, and feathers. These tools are essential for us to reach production levels of complexity in a relatively short period of time,” said Seock Hee.

Dexter was responsible for approximately 500 VFX shots in Parasite. The most challenging aspect of the visual effects in Parasite was the two story house and its surrounding environment, including the immaculate lawn. Director Bong created the house down to its most intricate detail, including a full functional interior and exterior, the only issue was that it was a single story house instead of a two story house. To solve this discrepancy, Dexter took the blueprints of the house and accurately modelled the exterior of the second floor. “RenderMan’s Pixar Surface Material was the ideal shader for all the materials surrounding the exterior surfaces of the house as it allowed us to match the plate photography really well,” said Seock Hee.

The house and the surrounding environment were filmed separately in different locations. The surrounding street environment was made in 3D, and the area where a lot of interaction happened had to be built as a live action set. “The challenging part was that the angle of the slope in the live action set was different from what the director wanted in the movie, so we achieved the director’s vision using a Lidar data survey from the set scanning,” said Seock Hee.

Dexter had to build an entire second floor for the main house.

"Director Bong’s feedback was also very detailed, for example, he asked what needed to be done for the tiles in the house, pointing out the subtle differences in them. This level of perfectionism was a great time saver during production as the artists knew exactly what they had to do,” explained Seock Hee. "Director Bong’s objective in VFX was clear and specific that CG objects should look like they are actually there. For example, most designer houses are constructed from imported materials that look expensive because of the reflection and roughness from the sophisticated processing and thanks to RenderMan, we were able to quickly identify the right parameter values for our shaders. We especially loved the interactive feedback on the displacement shader adjustment. Details such as these made the VFX integration a success," added Joung Seock Hee.

There were many delicate compositing shots, for example, most of the lawn during the party scene at the ending had to be replaced when the grass turned yellow between shoot dates. Dexter also had a shot with a 3D digital character, can you guess which one?!

Dexter used cloud computing to meet the rendering demands for the show. “We couldn’t meet the deadline with the local render farm. We used Oracle, but I remember being surprised at the high specs of the cloud render farm," said Seock Hee.

Dexter has used RenderMan for many years. “We’ve built trust around it because we’ve been able to meet our schedules and deadlines throughout the years without compromising quality,” said Seock Hee. “At times, certain renderers boast about their specs and unique tools, but in the professional world where deadlines are always around the corner, stability and reliability comes first,” Seock Hee added. “We’ve tested many renderers and they all do well with simple shots, but when testing it with a production movie shot, something is always lacking or in many cases the renderer is overwhelmed by instability. I believe that in this sense, RenderMan is the standard among the rendering interfaces that exist today,” continued Seock Hee.

The artists at Dexter continue to be excited about new technologies and the future of VFX. “I would pick real time VR and AR interaction, automation with deep learning, and the composition arcs by USD as the most exciting tech moving forward. Productivity is very important for a VFX production studio and a well conceived pipeline hugely affects creativity and business. USD composition arcs allow versatility of the present and future in this sense.” said Seock Hee. “I believe the most important subject of VFX is visualization, and the key to the solution is maximizing speed,” he said.

Learn about the latest developments for RenderMan, including XPU.

Dexter is also very excited about the upcoming RenderMan XPU. “We’ve been eagerly waiting! After attending Siggraph and reading the documents from Pixar, it is clear to us that this is the tool we need to add to our VFX pipeline,” said Joung Seock Hee. “Fast rendering results are what artists always hope for. The rapid progress of real time game engines is always fascinating but when looking at it from a VFX point-of-view, they have their clear limitations. I believe that XPU will rapidly progress the imaging process of the VFX industry once again.”